​Gretchen Adams is a dance instructor and art administrator originally from northwest Iowa. A recent graduate of Dean College, Gretchen received her BFA in dance and AA in business. During her training at Dean, she had the privilege of studying under and learning from Joanie Palladino, Ryan Kasprzak, Kristina Berger, Shaina Schwartz, Todd Shanks, and many more renowned teachers. During the fall semester of 2020, Gretchen spent much of her time writing her now published book Looking Back to Push Forward: What Modern Dance Legends of the Past Have Taught Us. With the guidance and mentorship of Joanie Palladino, Gretchen writes about the importance of our modern dance ancestors in the classroom today. Bringing light to the historical significance of movement in every dance space is a passion of Gretchen’s that she is excited to share with the dancers at Fusionworks. 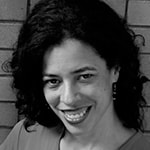 Laura Bennett ​is school director and is managing director of Fusionworks' parent company Dancing Legacy. Laura has been dancing since she was in her mother’s womb and had her choreographic debut at age 11, when she got her gym teachers to give up their physical education periods for her to create a dance on her classmates. A Brown University graduate, she has studied, performed, and taught techniques and repertory of the 20th century American concert dance lineage, beginning with her early training at the Harlem Dance Studio, led by her mother Julie Adams Strandberg and her aunt Carolyn Adams. Laura has worked with Dancing Legacy since the late 1990s, staging Repertory Etudes and performing with the Ensemble across the USA. She is a former member of Fusionworks Dance Company and holds a dance education certificate from New York City’s 92nd Street Y. She has taught dance and theater in community centers, schools, private studios, and summer programs, including 33 years at the New York State Summer School of the Arts School of Dance where she was associate artistic director.  Outside of dance, Laura enjoys spending time with her treasured nephews, studying the Bible, following sports, and watching TiVo in high definition. She learned much about living a creative life from her paternal grandmother, Harriet Bennett Strandberg (1914-1991), a painter who brought the spirit of the artist to everything she touched; the name Bennett was taken as a public tribute to a private legacy. 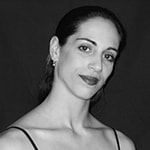 Dina Ternullo Melley is school manager and has been on faculty since 2021. She received a BFA in dance from the Boston Conservatory and received additional training from the Joffrey School in San Antonio and Gus Giordano in Chicago. Dina has performed masterworks by José Limón, Paul Taylor, Martha Graham, and Donald McKayle and has toured and conducted workshops nationally and internationally with the Boston Liturgical Dance Ensemble. Dina has had the pleasure of both choreographing works for and performing with the Baton Rouge Ballet Theater, Of Moving Colors, the Louisiana State University College of Music and Dramatic Arts, the Arizona State University Herberger Institute for Design and the Arts, Desert Dance Theatre, and the University of Louisiana at Lafayette’s State of LA Danse. She was the choreographer for the LSU Opera production of Gluck’s Orfeo ed Euridice and has choreographed and performed for the Arizona State University season-opening Gala Concert. She has also performed in the Baton Rouge Ballet Theatre program, Ballet for Children, as well as AZDance Group, and Colleen Cavanaugh and Dancers. Dina has been on faculty at Boston College, Regis College, Louisiana State University, and the University of Louisiana at Lafayette, where she was also the artistic director of the Dance Guild at UL Lafayette. Dina is currently on the faculty at Dean College and began working with Dancing Legacy, Fusionworks' parent company, in 2019. Dina’s most treasured time is spent with her husband and son. She also loves hiking, biking, kayaking, and enjoying all the beauty New England has to offer. 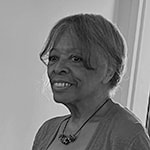 Julie Adams Strandberg is school owner and is co-founder of Dancing Legacy, Fusionworks' parent company. She is the 2022 recipient of the LIfetime Achievement Award from the National Dance Education Organization; she received the Charles Sullivan Pell Award for Distinguished Service in the Arts on 2015; and in 2020, the Brown University faculty honored her with the Susan Colver Rosenberger Medal, given for “specially notable or beneficial achievement” and only awarded 33 times since it was established in 1919.

In 1969, Julie founded the dance program at Brown University, where she  is a distinguished senior lecturer emerita, transforming it from a recreational activity to a full academic program with professional-level experiences. In 1971, she co-founded the Rhode Island Repertory Company,  which presented concerts for general audiences and ones designed specifically for young audiences, as well as workshops, lecture demonstrations, and master classes, exposing many Rhode Islanders to modern dance for the first time. In 2002, the Company reconvened to explore what mature dancers have to offer. In 1973, she co-founded The Harlem Dance Foundation with her parents, Julius J. and Olive A. Adams and her sister, Carolyn Adams, to "nurture an endangered art form in an endangered community." In 2013, she co-founded Artists and Scientists as Partners (ASaP) to research the relationship between arts and healing and the specific role of dance and music for people with Parkinson’s Disease and those on the Autism Spectrum.

Julie has directed for college, community and professional theater; has designed programs for youth; and has created over 40 works for theatrical and alternative spaces. She has served on national boards and panels, including the National Endowment for the Arts and is the author of multiple published articles. She studied with 20th century dance pioneers Alvin Ailey, Martha Graham, Melissa Hayden, José Limón, Donald McKayle, and Charles Weidman and is one degree of separation from George Balanchine, Katharine Dunham, Lester Horton, Doris Humphrey, Pearl Primus, Ruth St. Denis, and Ted Shawn. Julie is a graduate of the Ethical Culture Fieldston Schools, has a bachelor of arts degree from Cornell University, a master’s in guidance from Bank Street College of Education, and a masters ad eundem from Brown University. Since 1965, she has been married to Josiah R. W. Strandberg, a computer programmer, who is a Captain, USNR (ret.) and holds a doctorate in philosophy. They have two daughters, Laura Carolyn and Marie Elisabeth, a son-in-law William Nels Porter, thanks to Marie, and grandsons, Andrew Kenneth and Jackson Josiah, thanks to Marie and William. 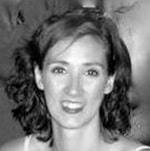 ​Sheramy Keegan-Turcotte was born and raised in Massachusetts.  She holds an MSc in Dance Science with Merit from Trinity Laban Conservatoire of Music and Dance, graduated summa cum laude with a BFA in dance performance from Shenandoah Conservatory, and also holds an AA in dance from Dean College. While living in New York she had the pleasure of performing with artists including Jana Hicks, Noemie LaFrance's SENS Production, Isabel Gotskowsky and Dancers,  Avila/Weeks Dance, Cornfield Dance, Ko-Ryo Dance Theater and Silver Brown Dance among others. She has also performed nationally and internationally with the Next Stage Project and has performed in works by Kevin Wynn, Oliver Steele, Doug Elkins and Jane Franklin. She danced with Fusionworks Dance Company from 2007-2018, and was a member of their educational team which worked to bring curriculum-based modern dance into the public school system. Sheramy is also a certified Pilates instructor, and has worked extensively as a dance researcher, grant writer and arts administrator. Her award winning research has been presented at the International Association of Dance Medicine and Science conference, and has been published in the Medical Journal of the Performing Arts. Sheramy is currently an adjunct professor of dance at Dean College, Franklin, Massachusetts. Sheramy has been on faculty with Fusionworks Dance Center since 2019. 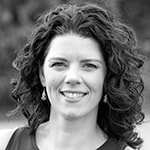 Hayley Kenney, a Florida native, holds a BFA in dance from Florida State University. Hayley has studied with a wide variety of teachers including Carolyn Adams, Lynda Davis, Laura Glenn, Rebecca Lazier, Anthony Morgan, Julie Adams Strandberg, and Jawole Willa Jo Zollar. She has performed with BoSoma Dance Company and Sokolow Now! and in works by Robert Battle, Colin Connor, Danny Grossman, David Parsons, Anna Sokolow, Jawole Willa Jo Zollar, among others. She believes in holistic dance education - guiding students to be performers, patrons, and advocates. Hayley is a former faculty member at the White Mountain Summer Dance Festival, Dean College, and private studios in the Boston-metro area including four years as the lead modern dance teacher at the Dancing Arts Center in Holliston. Most recently, she taught with Julie Adams Strandberg at Brown University studying her methods of dance education. At Fusionworks, Hayley teaches Anatomy and Laban Studies introducing students to the experience of movement as both functional and expressive. She also uses her design and creative skills in freelance marketing jobs and caring for her time capsule mid century modern ranch home. She lives with her husband and three children in North Attleboro, MA. Hayley has worked with Fusionworks' parent company Dancing Legacy since 2013, serving as co-director from 2019-2022. 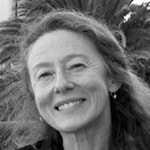 Mary Anne Santos Newhall is a professor emerita and retired Associate Dean for Research and Interdisciplinary Studies at University of New Mexico. She holds a doctorate in history. As a “dancing historian,” she is dedicated to exploring, enlivening, and preserving early modernist and expressionist roots of dance. She has been a guest teacher/performer restaging historic works at a wide range of institutions including the Martha Graham Dance Company, Centre National de la Danse in Paris, the German Embassy’s Goethe Institute in Washington, D.C., Brown University, and the New York State Summer School for the Arts. Her dance/video collaborations with videographer Susanna Carlisle have been exhibited at the Neue Galerie, the Linda Durham Gallery and festivals in Milan, Florence, Bangkok, Germany and Australia. Her book, Mary Wigman, is about the life, philosophy and dance pedagogy of that famed German dance pioneer. Her commentary and re-creation of Wigman’s Witch Dance are featured in a documentary film for ARTE, German-French television. She has enjoyed working with Dancing Legacy, Fusionworks' parent company, since 1998.

Communication Advisor
"How to View & Talk About Dance" Seminar Teacher 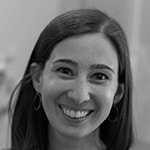 Adrian Moore Trask has a bachelor’s degree in dance and anthropology from Wesleyan University and earned a master’s degree in Public Humanities from Brown University, focusing on community building and public engagement through arts and culture, specifically dance. Adrian has implemented public humanities projects that incorporate the arts, performance, and history with Dancing Legacy (Fusionworks' parent company), Keshet Dance & Center for the Arts, Everett: Company, Stage and School, the Institute of Contemporary Art/Boston, Merce Cunningham Dance Company, and Jacob’s Pillow Dance Festival. Adrian has worked in the creative aging field with Arts for the Aging and as a dancer in the intergenerational dance company, Nancy Havlik Dance Performance Group in Washington, DC. Adrian is currently the Director of Strategic Development at Keshet Dance & Center for the Arts in Albuquerque, NM, as well as a faculty member, teaching improvisational dance for older adults. 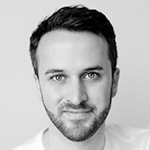 Stephen Ursprung holds an MFA in dance from Smith College and an AB in economics and Italian studies from Brown University. He has had the honor of performing works by Paul Taylor, Pilobolus, Monica Bill Barnes, Robert Battle, Danny Buraczeski, David Parsons, Ruth Andrien, and Danny Grossman. In addition to his work in contemporary dance he dabbles in musical theater and improvisation, is a lapsed tap dancer, and is a proud member of both Actors Equity and the Screen Actors Guild. He is an Associate Professor of Dance Studies at Dean College and is a member of the teaching and performing ensemble of Dancing Legacy, Fusionworks' parent company. As a choreographer, Stephen is the co-director of two dance collectives: NilsSprung Dance Project and Reject Dance Theatre.